“My father gave me the greatest gift anyone could give another person, he believed in me” – Jim Valvano

IF you know me, then you know how close I am with my Dad aaand I haven’t seen him since Christmas, so to say that I am excited that he’s coming to visit this week is an understatement, to say the least! Therefore, in celebration of the fact that my dear father is coming to visit me in Santiago de Compostela, the end of one of the most major pilgrimage routes in the world, I thought I would share the first ever IF Photo Diary of a pilgrimage route we did together in Ireland – Croagh Patrick.

Dad and I took a whim one sunny, September Monday and drove from Galway to Murrisk, Co. Mayo in Ireland. We sang “Just another Murrisk Monday” the entire way there, to the tune of The Bangles – Manic Monday! When we arrived, we packed our sandwiches and water, bought our hiking sticks in the car park and took off up the 2,500 ft mountain. Croagh Patrick means Patrick’s Stack, is so-called after the patron saint of Ireland and is often nicknamed ‘The Reek’. It has apparently been a place of  Pagan pilgrimage since 3000 BCE. Saint Patrick supposedly fasted on the summit for 40 days in the 5th Century. Now, thousands of people climb Croagh Patrick every year (an estimated 40,000 people, to be precise) with the most popular day being summer solstice. 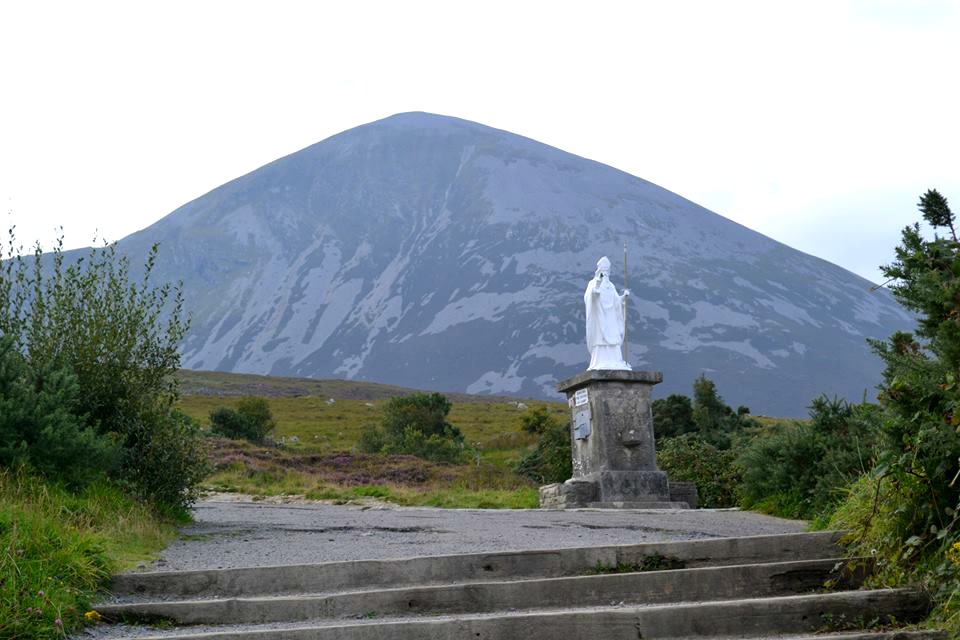 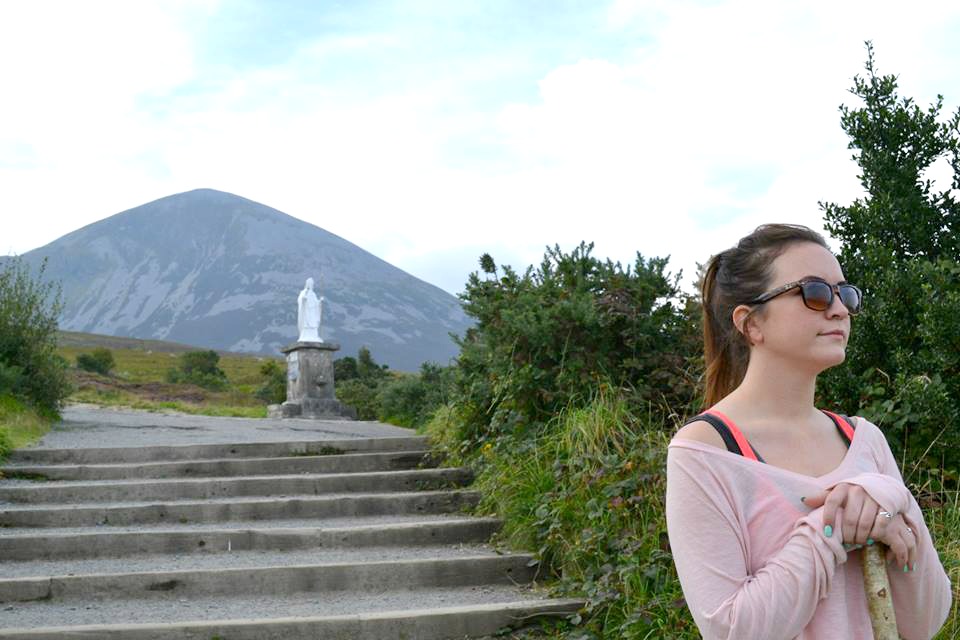 I couldn’t recommend it more, it was the most wonderful day out, Dad and I had so much fun. It’s challenging and certainly more challenging than we had forethought – considering grannies do it in their bare feet, for God’s sake (literally!) but it’s definitely do-able. The National Geographic name it as one the the top 15 best hiking trails in the world – they also describe it as gnarly, which I believe is the perfect term for it! 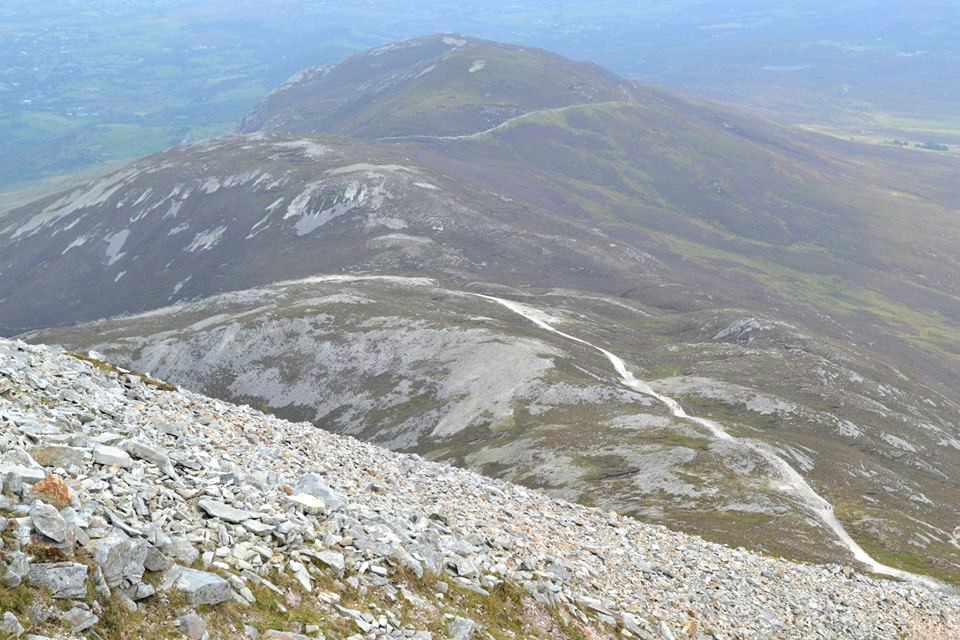 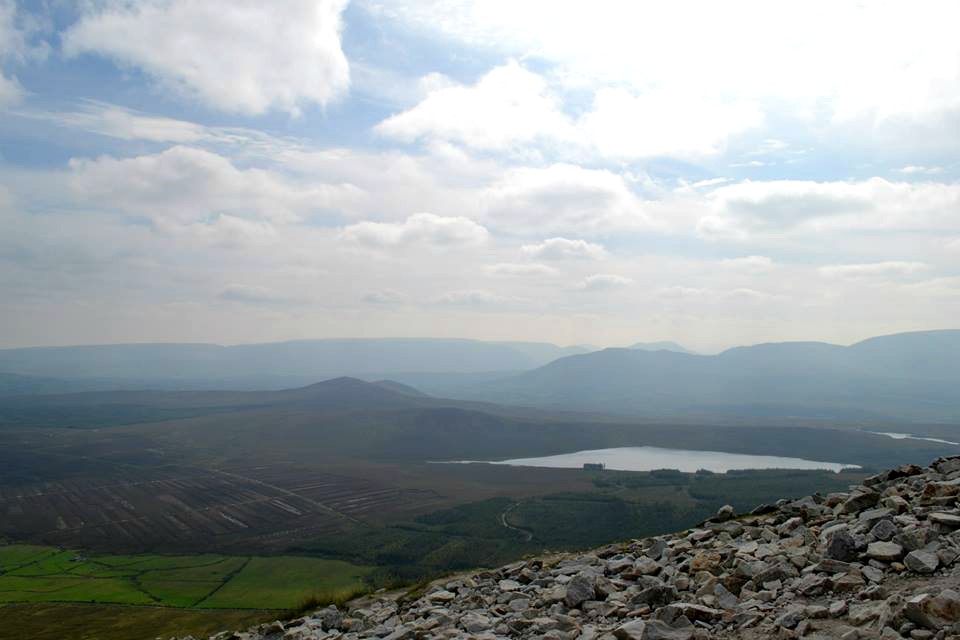 The views along the 8 mile hike are outstanding and the view of Clew Bay from the summit is the most rewarding sight you’ll ever see. We set up shop on top, ate our lunch and took a look in the chapel that was built there in 1905. We also made friends with some fellow hikers on the way up and one of them arrived at the summit with a hip flask of whiskey (only in Ireland) which Dad gladly enjoyed a sip of! Well deserved!

We were extremely lucky with the weather, it was sunny all day which is unusual, considering Ireland is known for it’s changeable weather! However, it did mean that it was a lot dustier than usual and my only advice would be to be very careful on the hike back down from the top. I didn’t find it to be too dangerous on the ascent, but the descent was scary! I think because it was so dry, the rocks were easily displaced and every time I placed my foot on a rock it would then slide for 3 or 4 feet. I had to go down for a part of it on my bum! 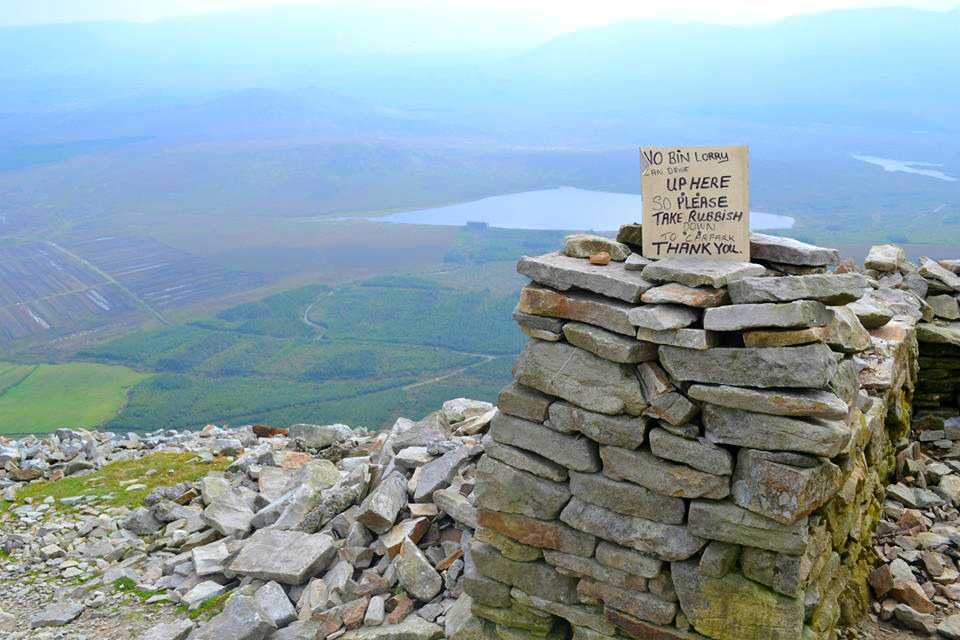 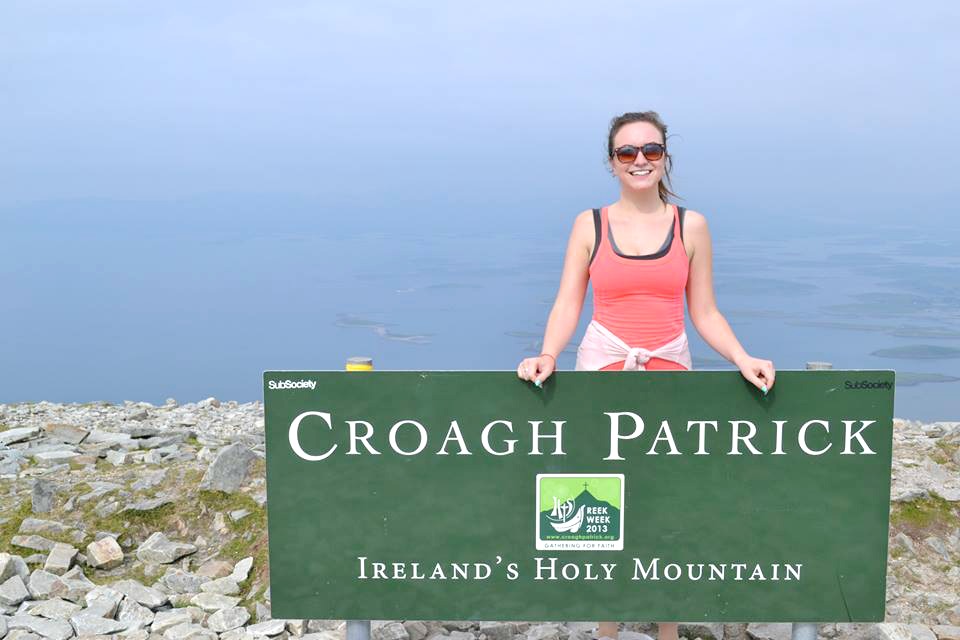 Finally, on a peculiar side note, I found two incredibly inspiring speeches while I was researching for this post’s quote by Jim Valvano, an American basketball coach (an unlikely find, I know) and I wanted to share them with you – if you have a few minutes. You can find them here and here, if you haven’t already heard them. It was the first I had heard of them but upon further investigation, they seem to be quite famous. 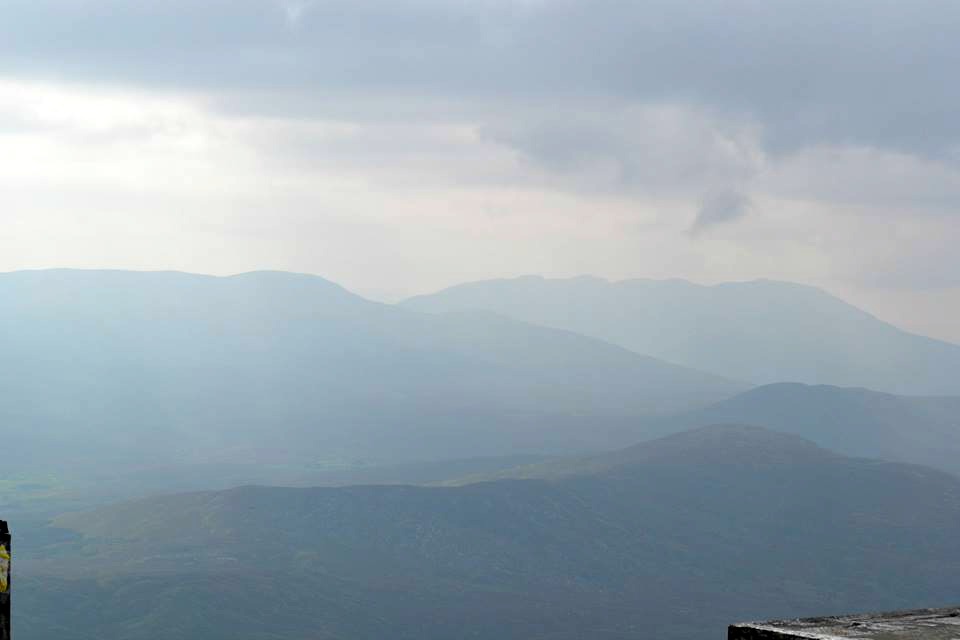 Anyway, I hope you enjoyed this photo diary style post. All credit for the photos goes to my darling Dad, so thanks Dad! If you climb Croagh Patrick, I’d love to hear how you get on. Or, if you want updates on my Dad’s visit this week, you’ll be sure to see some over on my Snapchat story (imperfectlyfree)! And as always, you can find me in all the usual spots, Facebook, Twitter, or Insta.